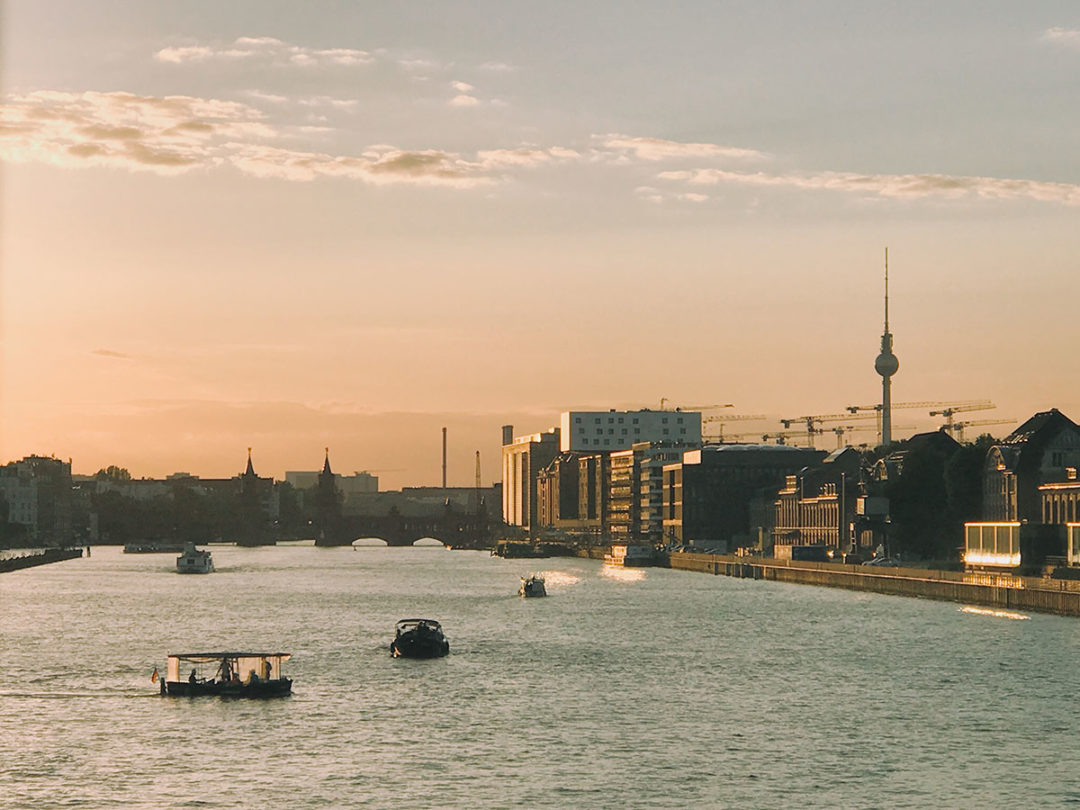 After more than two years spent in Berlin, I can say this city still holds such a special place in my heart. Completely different from the rest of Germany, Berlin is the city of freedom, people in search of fulfilling their dreams, history embedded in every corner of the streets, beer gardens, world-class museums, and postwar modernist architecture. It’s a place that offers so much for every type of tourist and suits so many traveling styles. There will always be interesting places to discover and awesome activities to do in Berlin, no matter when you visit or how long do you plan to stay here.

But this article is not about the touristy places or the main attractions Berlin certainly has, but about those things, you can only have here, in Berlin. It’s about the experiences that make this place unique and define Berlin’s lifestyle. Those things locals love doing, and that might seem strange or funny for a first-timer in Berlin.

From my Berlin experience, I can tell you everything that was first a source of amazement, shock, or confusion, turned to be after a while something so natural and delightful. And by the end of my two years in this city, I was already truly, madly, deeply in love with Berlin.

Now read on about my ten favorite experiences to have in Berlin, like a Berliner:

Swim in a lake 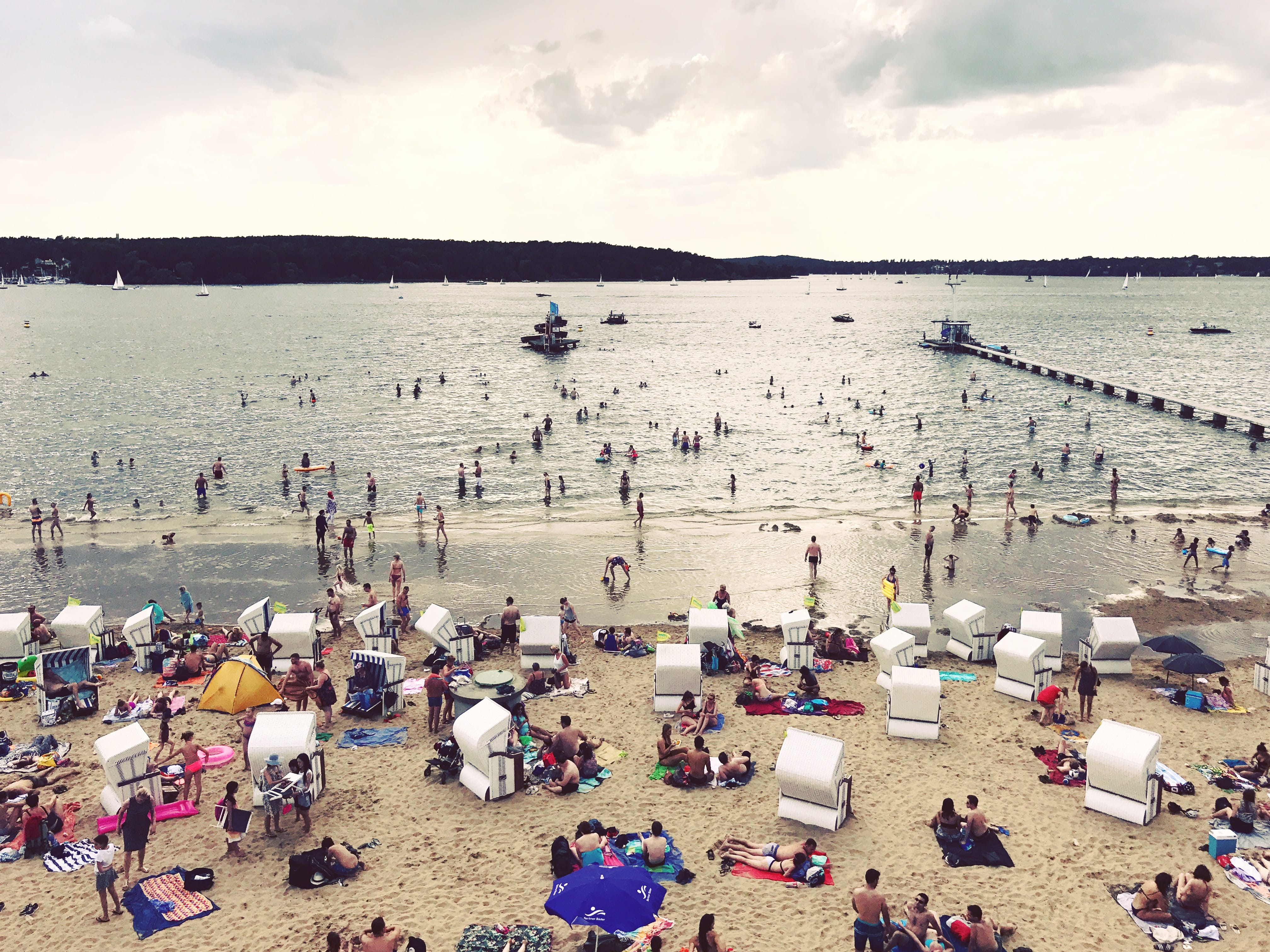 Berliners love their lakes. And parks. And outdoor spaces. When the weather is nice, everything happens outside. I always thought the only drawback Berlin has is that it doesn’t have a seaside. But a real Berliner will tell you you don’t need things like that when you have all those beautiful lakes in and around the city. Swimming in a lake on a hot summer day (with or without your dog), picnics and beers in the forest are a constant during the summer months. You can choose from over 80 lakes – some of them have special facilities for swimming and sunbathing, some others are only beautiful and wild gems.

Read more: WANNSEE STRANDBAD – THE LAKE WHERE BERLINERS GO WHEN THEY MISS THE SEA 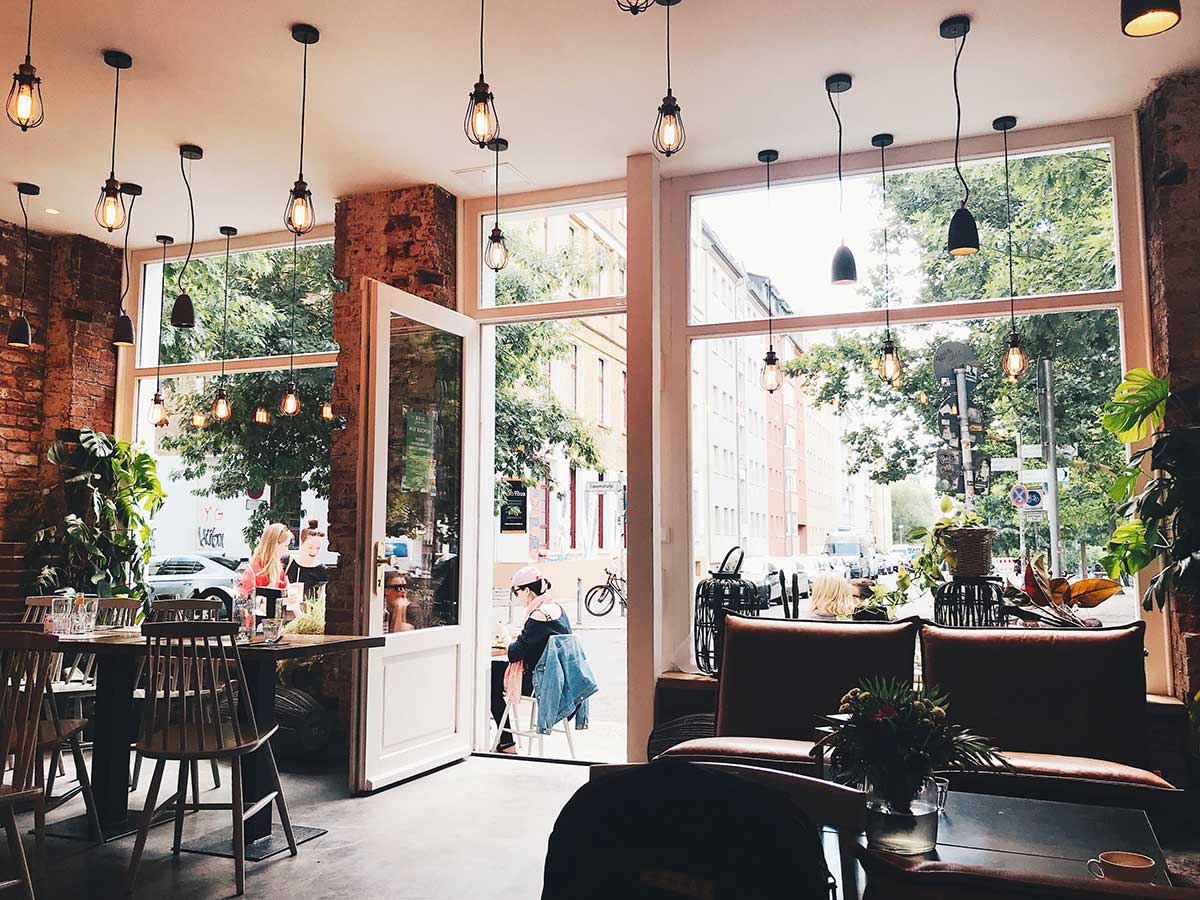 First, Berlin is the most dog-friendly city I lived in! You can take your furry friend with you almost everywhere (and I’m not talking about service or emotional support dogs!). And second, this city has some of the coolest cafes and bars in the world! Where you can go with your dog, of course! If you freelance or you have some work to do on your laptop and don’t like to stay at home, there are tons of cozy places where you can go to. No need to pay for an expensive coworking space! (Although there are also some nice coworking spaces in Berlin, and not too overpriced like here, in San Francisco). But, anyhow, you can do that for free, with good coffee (and cake), and your dog beside you. 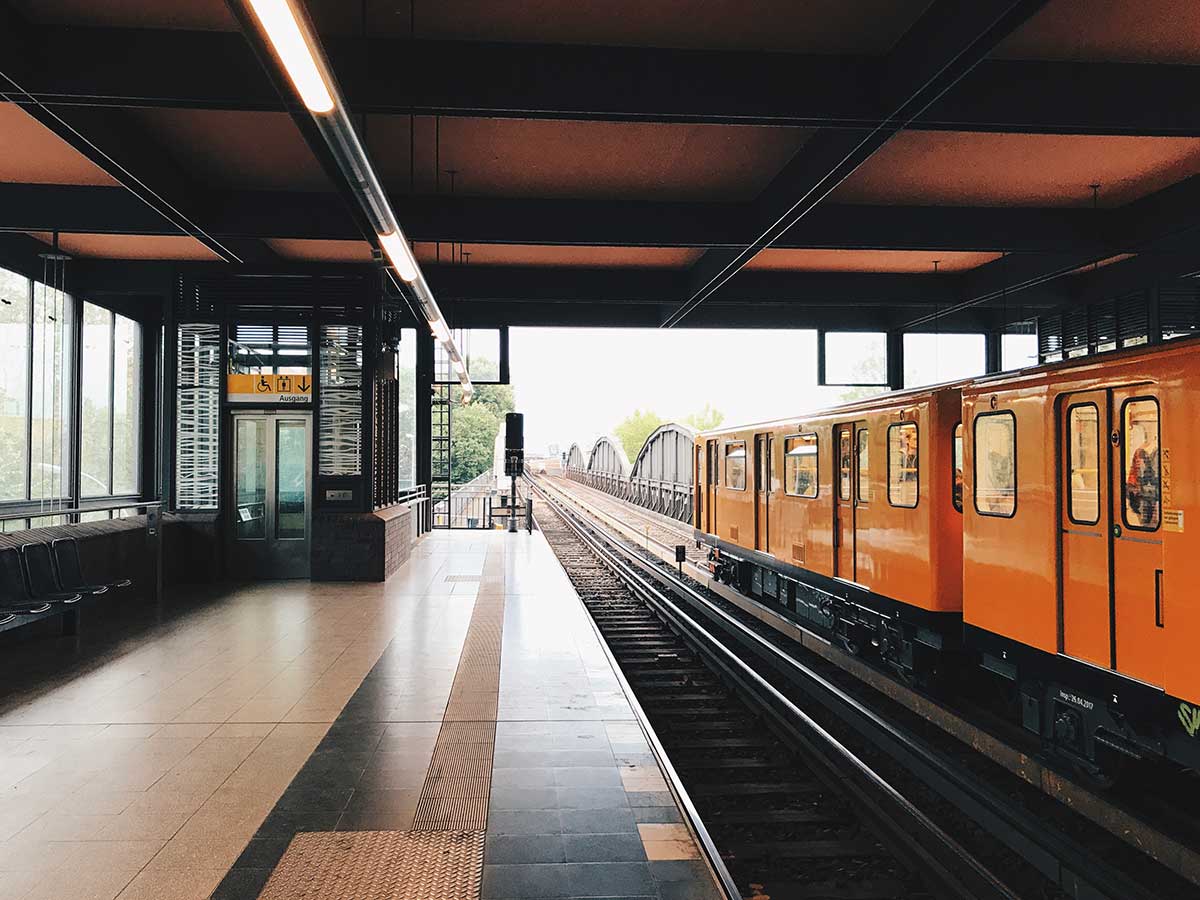 Like in any other country, people will complain about public transit. Even here, in Germany, where things are far better than in a lot of other places. Yes, it’s hot in the summer, yes, you freeze in the winter, but all subways, trams, and buses come on time and are pretty comfortable. U-Bahn (underground train) and S-Bahn (Stadtbahn, above-ground train) run all over Berlin and also around the city. I remember how easy it was to get from the northern part of Berlin to the southern part in less than an hour. And Berlin – it is a big city.

Sometimes I just used to look through the window or observe the people around me, but in most of the cases, I loved reading a book in U-Bahn. That was one of the most relaxing things to do, early in the mornings, or late in the evenings. And I wasn’t the only one doing so. Because so many people still do that in Berlin. It’s like reading became cool again, and we remembered there are other things too, except our phones.

My all-time favorite routes for reading: U2 (yes, Berlin has a subway line called like that!) – long enough for a few chapters, and it takes you from Pankow, through the city center, all the way to the western part of Berlin) and the S-Bahn to Potsdam.

Read more: 3 AWESOME DAY TRIPS YOU CAN TAKE FROM BERLIN 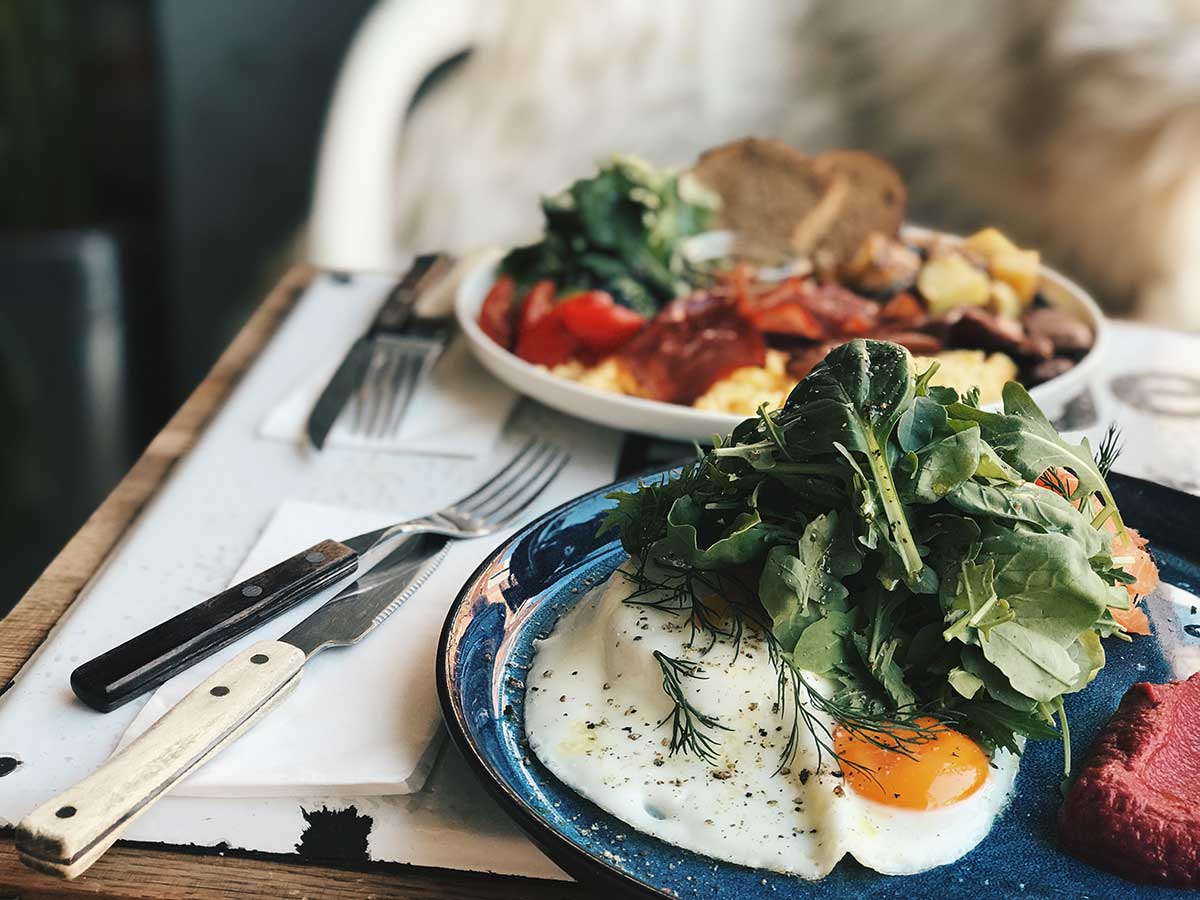 Brunch was an institution in Berlin. Sometimes was a late breakfast (Fruhstuck), sometimes a real brunch. But every time was more than “lecker” (tasty)! Going to brunch has started to be a global trend, and Berlin aligns with this movement. I know California is home to the Avocado Toast, but the best one I had in Berlin.

Berlin breakfast and brunch scene is so diverse, and this is mostly because of its great expat community that grew so much over the last decade. So don’t be surprised if you find specific dishes from all over the world – Lebanese, Turkish, African, Italian, Portuguese; basically, you can feel like home because no matter where you’re coming from, there’s a place serving your beloved food.

Some of the awesome places for brunch in Berlin: Factory Girl (the winner for the best Avocado Toast), Plazebo (breakfast all day), House of Small Wonder, Butter (all you can eat breakfast buffet on weekends).

Read more: THE TASTE OF PORTUGAL IN THE MIDDLE OF BERLIN 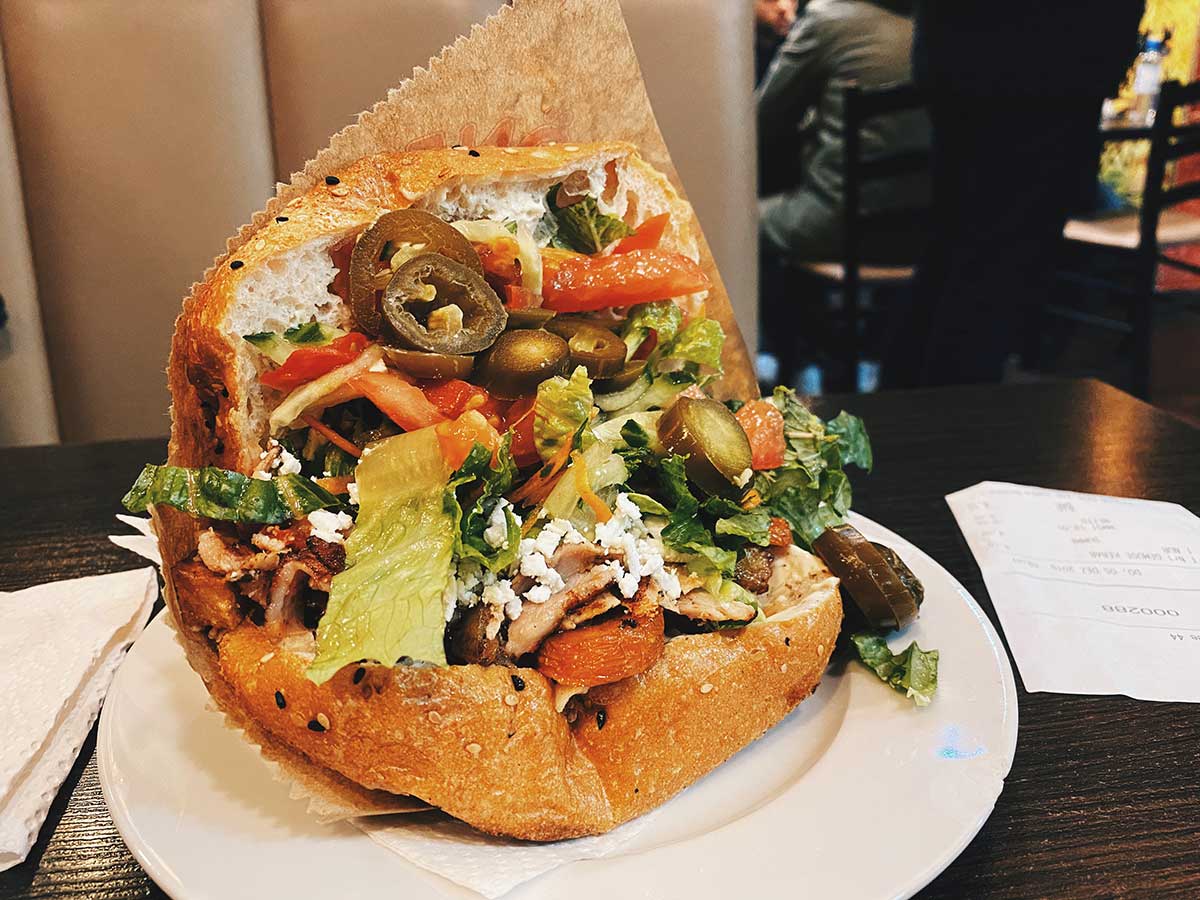 These are two beloved Berliners’ late-night snacks. Of course, they’re much more than a bite, and their popularity is huge in Berlin and all over Germany. It is also said the Donner Kebab has been invented here, in Berlin, in 1972, by a Turkish worker.

Currywurst (pork sausage cut in small pieces, with curry ketchup) has its history too: it was created here, in 1949, with ingredients from the British soldiers. And nowadays it also has a dedicated museum – the Currywurst Museum (but it’s more of a tourist trap if you ask me).

These two dishes are found everywhere in the city, and you’re not Berliner enough until you wait in line for a Gemuse Kebab at Mustafa, one of the most loved places for Kebab in Berlin.

For Currywurst, my heart belongs to only one place: Curry at the Wall.

Find and reinvent yourself 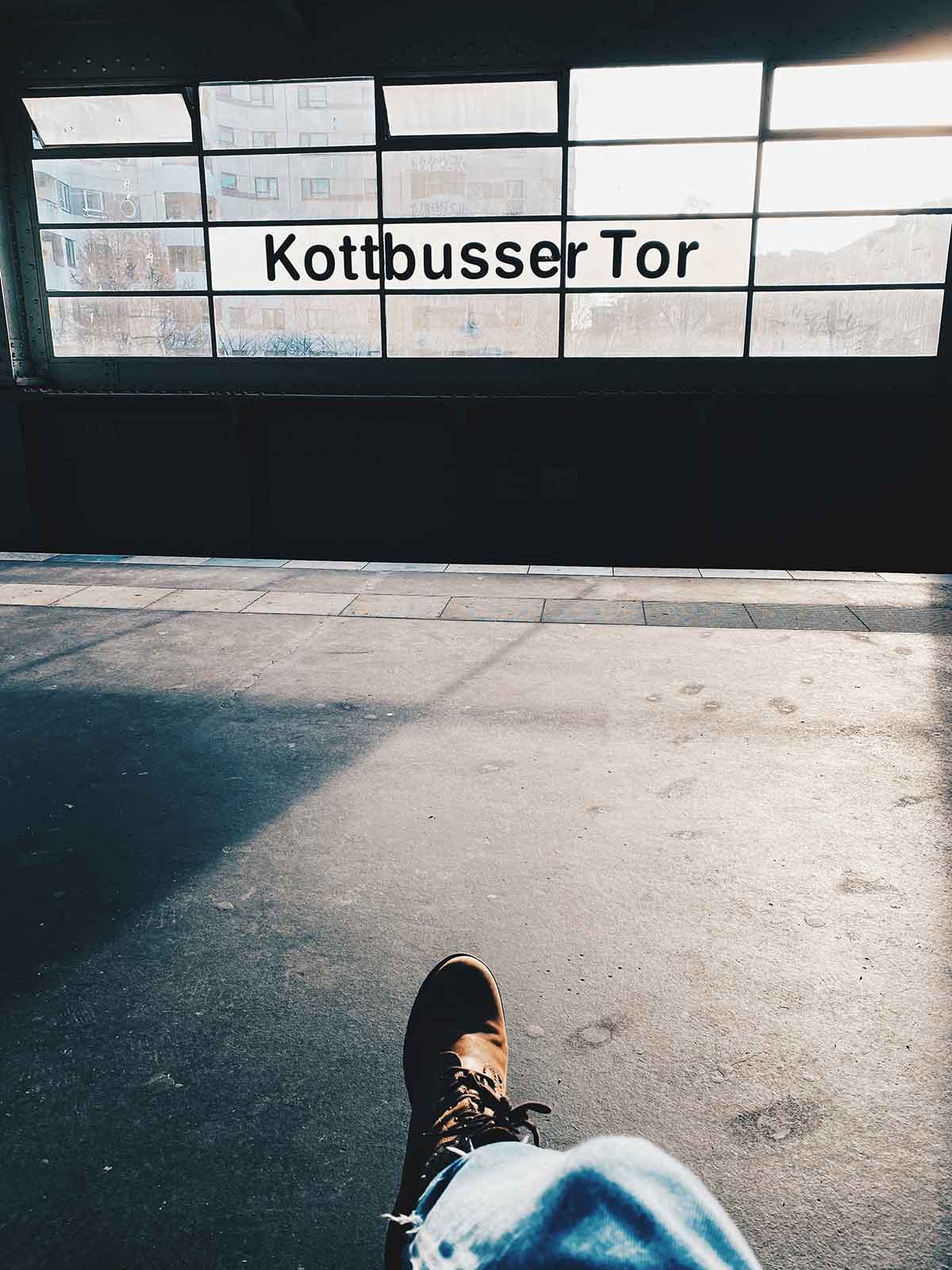 I don’t know if this is something typical for a born and raised Berliner, but for so many of its new inhabitants from all over the world, it is. People come here in search of something. And in a considerable number of cases, that something is themselves. This is because Berlin is such a good place to start again and reinvent yourself.

This city is the definition of freedom and has a non-judgemental vibe I haven’t found in any other place. Nobody will care about your dress-code, how your hair looks today, what is your native language, or how you choose to make new friends. If you want to have a beer alone walking on Kastanien Alee on a Saturday night, that’s perfectly fine. If you want to go to see a movie at Berlinale on a Monday morning, awesome.

What I discovered here: Walking on Berlin streets could be the best way to clear your mind and make peace with yourself. 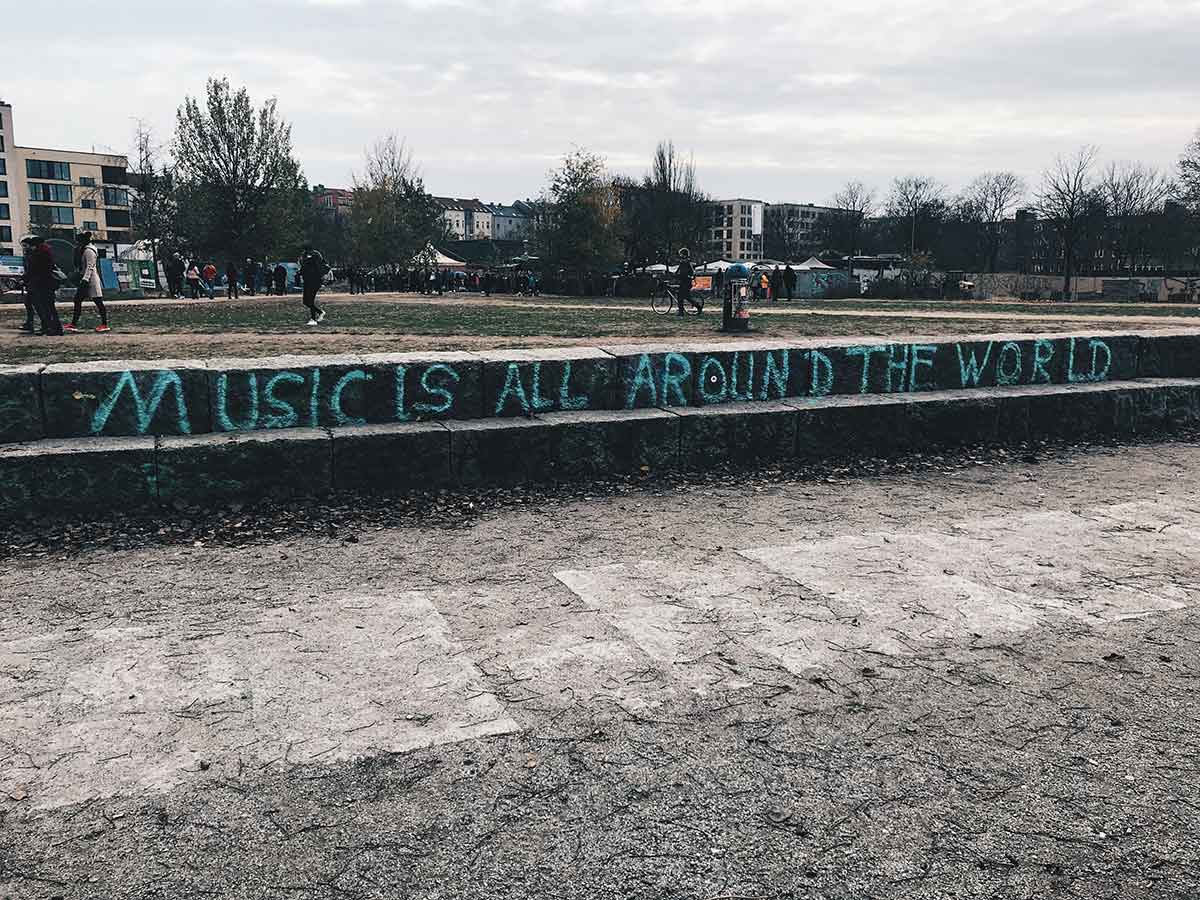 Berliners love Flea Markets. And for a good reason – I found so many treasures at many of the Flea Markets I visited in Berlin. The one that was the closest to my home – Mauer Park – is also one of the most famous in the city. It takes place every Sunday, and the offering is pretty diverse: from clothes, bicycles, antiques, vinyl records, books, jewelry. And the food trucks. And Karaoke. Sunday Karaoke at Mauer Park is a cult in Berlin. It attracts lots of people, and I think there’s something magical about singing in front of such a big crowd. It can be wrong to be a star, even for a Sunday afternoon.

Other Flea markets to visit in Berlin: Arkonplatz, Rathaus Schöneberg, Boxhagener Platz, the flea market in front of Bode Museum.

Have a drink from a Späti shop 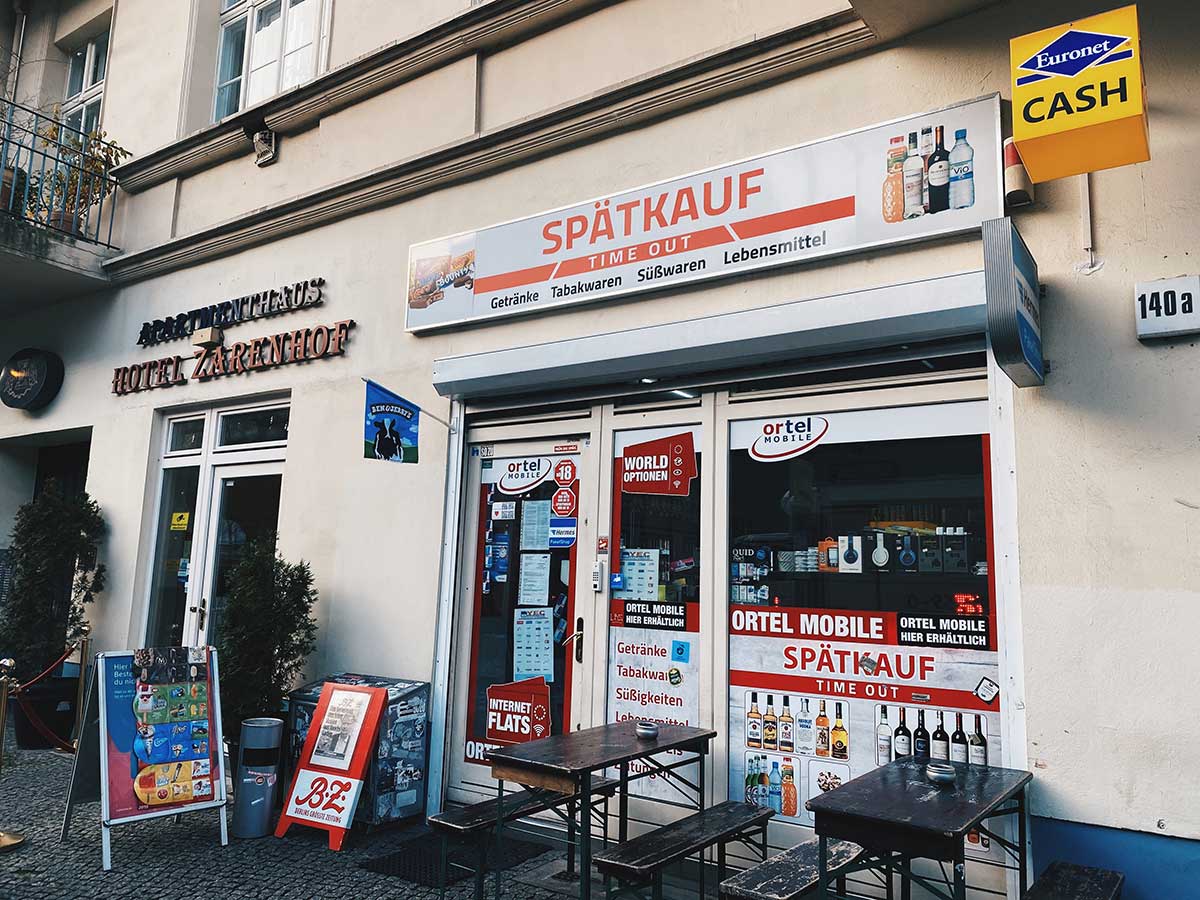 Another Berlin Institution is the Späti: late-night corner shops that sell a lot of stuff – drinks, sweets, food, cigars, newspapers. Did you forget to buy something? Go to a Späti. You need a cheap drink before (or after) going out on a Saturday night? You stop to a Späti. Need a coffee in the morning on your way to work? Again, a Späti is at the corner of the first street. There are more than 1000 Spätis in Berlin, and they are an inherent part of this city’s culture. Some of them also have a seating area in front, which is most of the time full of people enjoying a drink, no matter the weather. In a city where people love to have a beer while walking on the street (or even in the subway), Spätis are more than welcome. Plus, in Germany there’s “Sonntagsruhe” – all shops are closed on Sundays. All the shops, except Spätis.

So next time when you find yourself in Berlin, stop by a Späti, grab a drink, make conversation with that stranger next to you, and let yourself be immersed in this Berliner lifestyle.

My favorite Späti in Berlin is the one at Rosenthaler Platz. And not for the sunny seating area or for the huge diversity of drinks they offer. But for that heavenly Muesli with grapes! 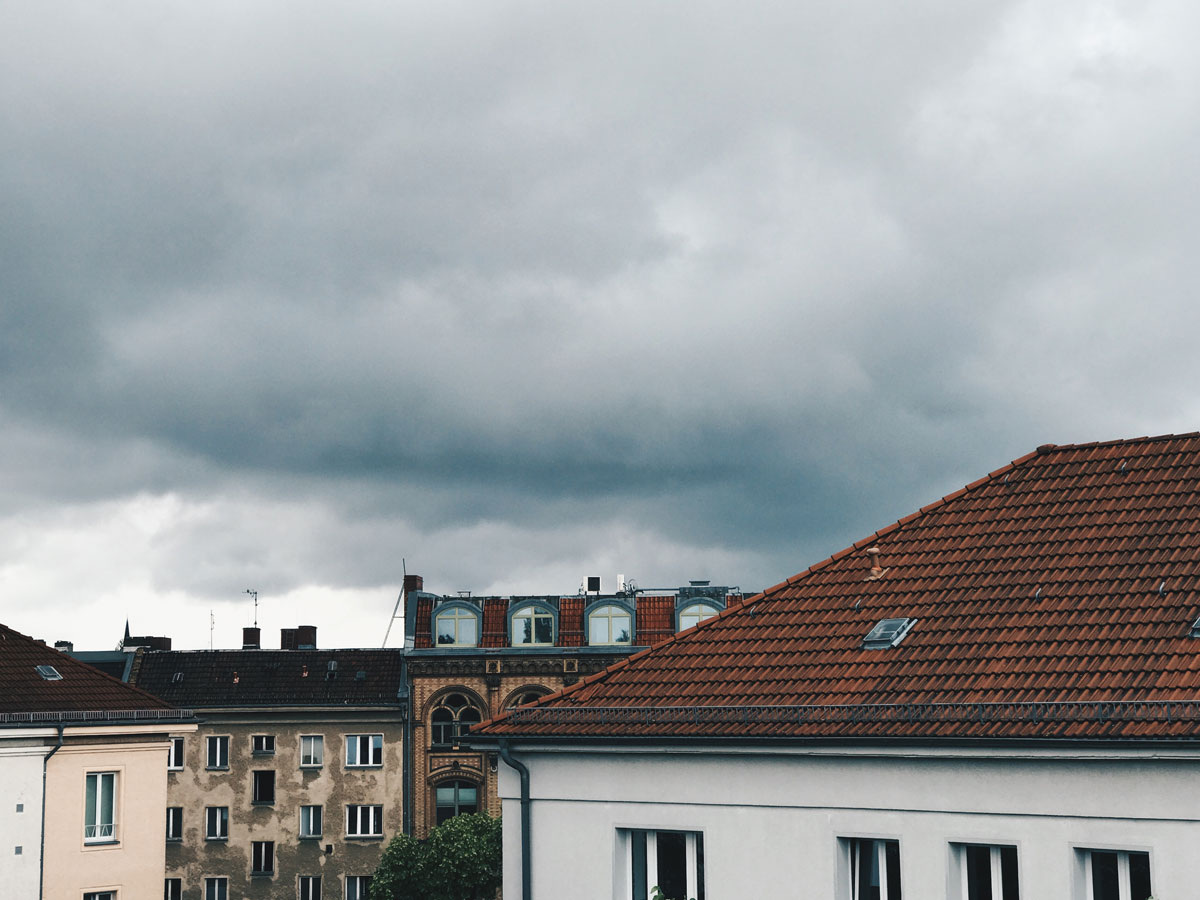 I’ve always said there are two cities in Berlin, and I’m not talking about East and West Berlin. It is the Summer-Berlin and then is the Winter-Berlin. While summers bring a lot of sunny days and warm (lately hot) weather, winters… they have another story. For someone new to Berlin, the right question is not “How cold is in Berlin during winter?” but “How dark are the days in Berlin during winter?” Because yes, it might be cold, but comparing with my winters in Romania, there wasn’t a big difference.

On the other hand, from November until March, days are shorter, the sun goes down at almost 3 pm, you don’t get to see too much sunlight. Sometimes you can go for 3 weeks in a row without seeing the sun, and this can be really depressing. But Berliners know how to cope with the Winter Blues, as well as they know how to complain about it. During winter, this is one of the main subjects everywhere – you speak about the lack of sun and the dark clouds with your friends, coworkers, your hairstylist, your S-Bahn neighbor. But somehow you survive, and the endless summer days will wash away those dark and moody winter days.

Best Berliner ways to cope with the Winter Blues: go outside, no matter the weather, and stay active. Oh, and there are also the light therapy lamps Berliner love. 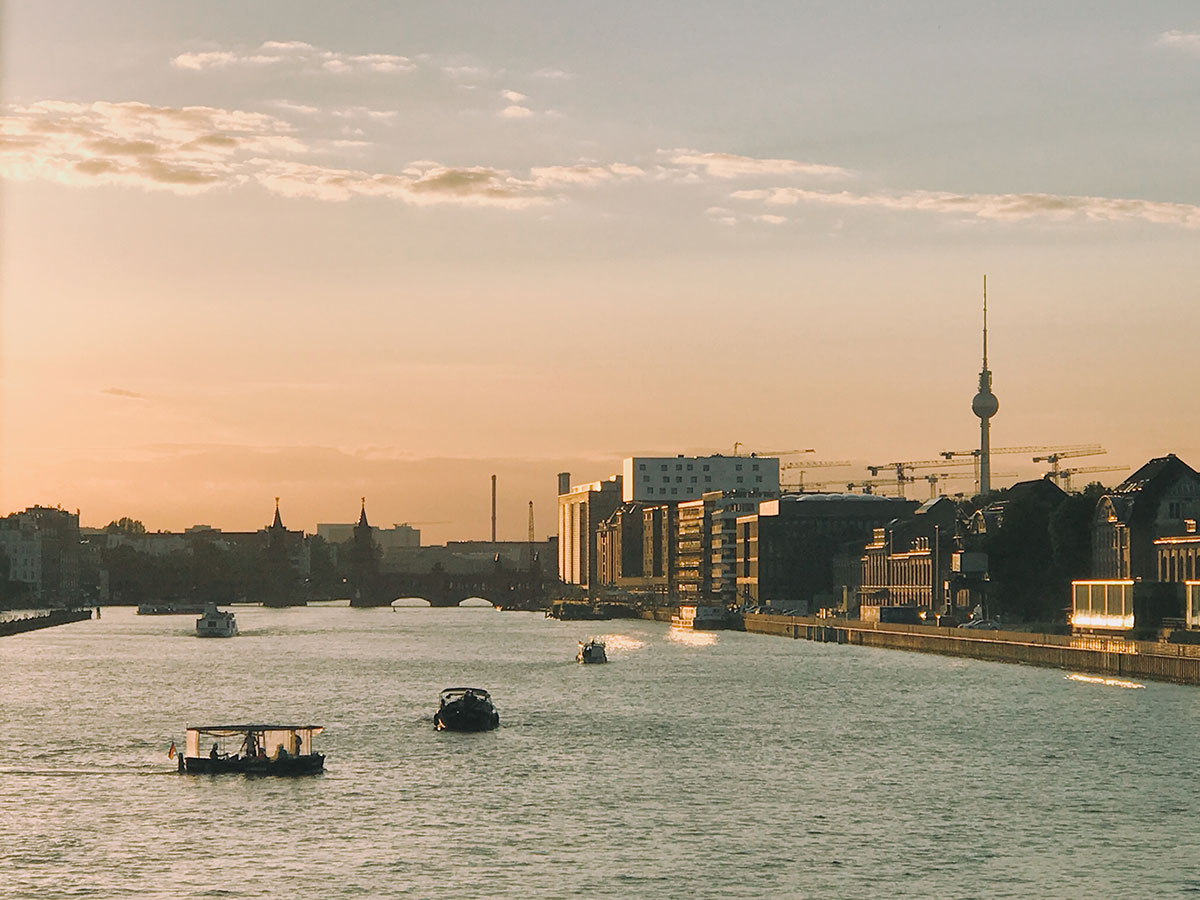 It’s not a city by the seaside, but it has Spree – Berlin’s famous river. When summer hits the city, grab something to drink by the nearby Späti and head to the water to spend a lazy afternoon or a long evening by the Spree. Or watch the sun going down from one of the many bars and cafes lined up along the river. It’s the best local summer experience!

My favorite place by the Spree: in Kreuzberg, near the Turkish Markt, a street market that takes place twice a week – Tuesdays and Fridays. I love to grab a Turkish coffee and then go by the Spree to find a moment of peace, late in the afternoon. 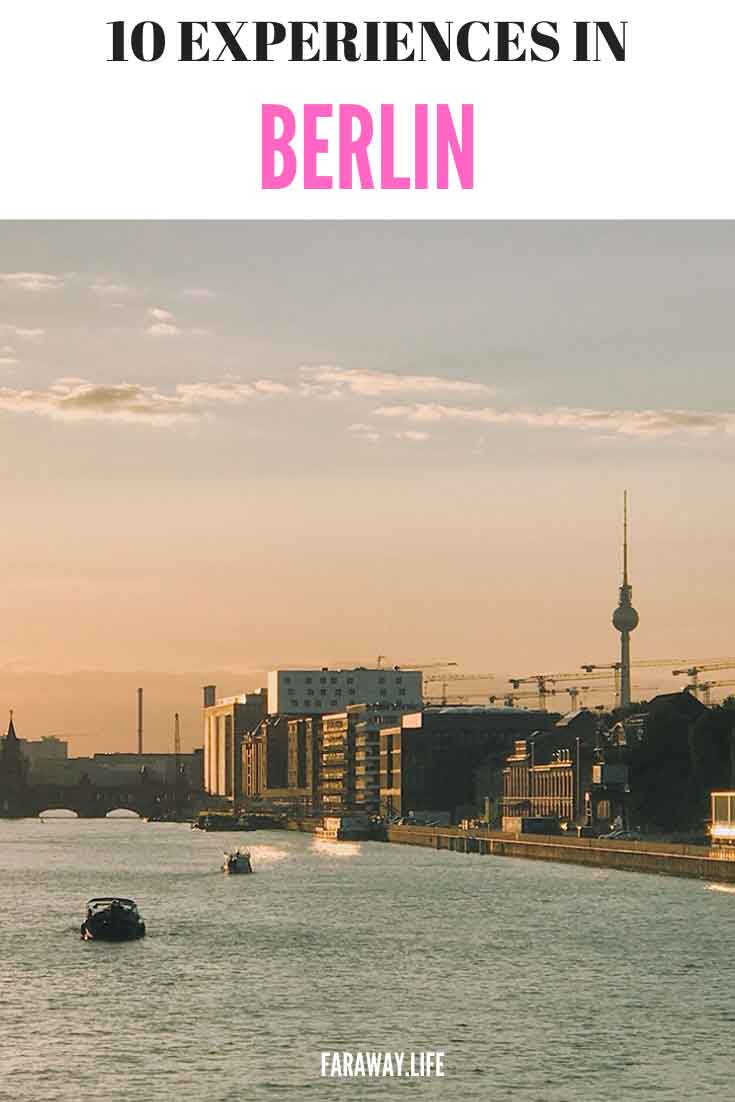 Life is way too short for bad vibes. 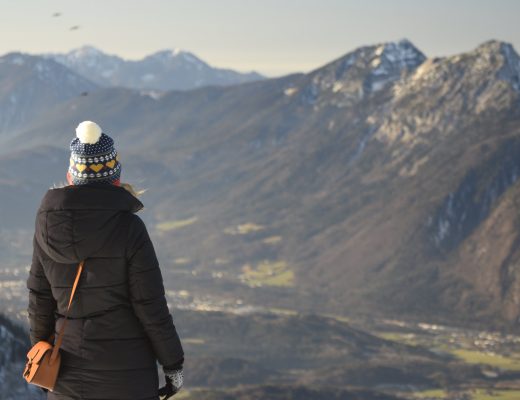 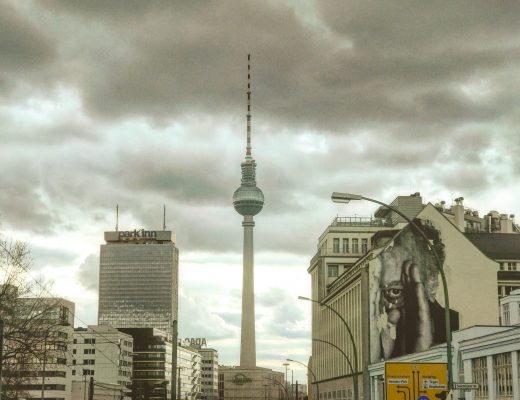 Why I (finally) consider Berlin home

Martisor – the first day of spring celebration in Romania